We’ve established the fact that teaching writing to your children from an early age is important. Today, I’d like to…
END_OF_DOCUMENT_TOKEN_TO_BE_REPLACED

Teaching writing to children is a very difficult task. I remember my frustration as a seven-year-old trying to correctly write down and spell a few sentences that Mom was dictating to me. It was hard enough to try to write down someone else’s words properly. But it was even harder to write down my own words—trying to be both creative and write at the same time.

Many times, when we think of teaching writing, we think of the motor skills involved—holding the pencil correctly, having the paper at the right angle, keeping within the lines, and using proper spelling.

I believe that that is not real writing—yes, that is part of the process of being a writer, but that is not who a writer is. 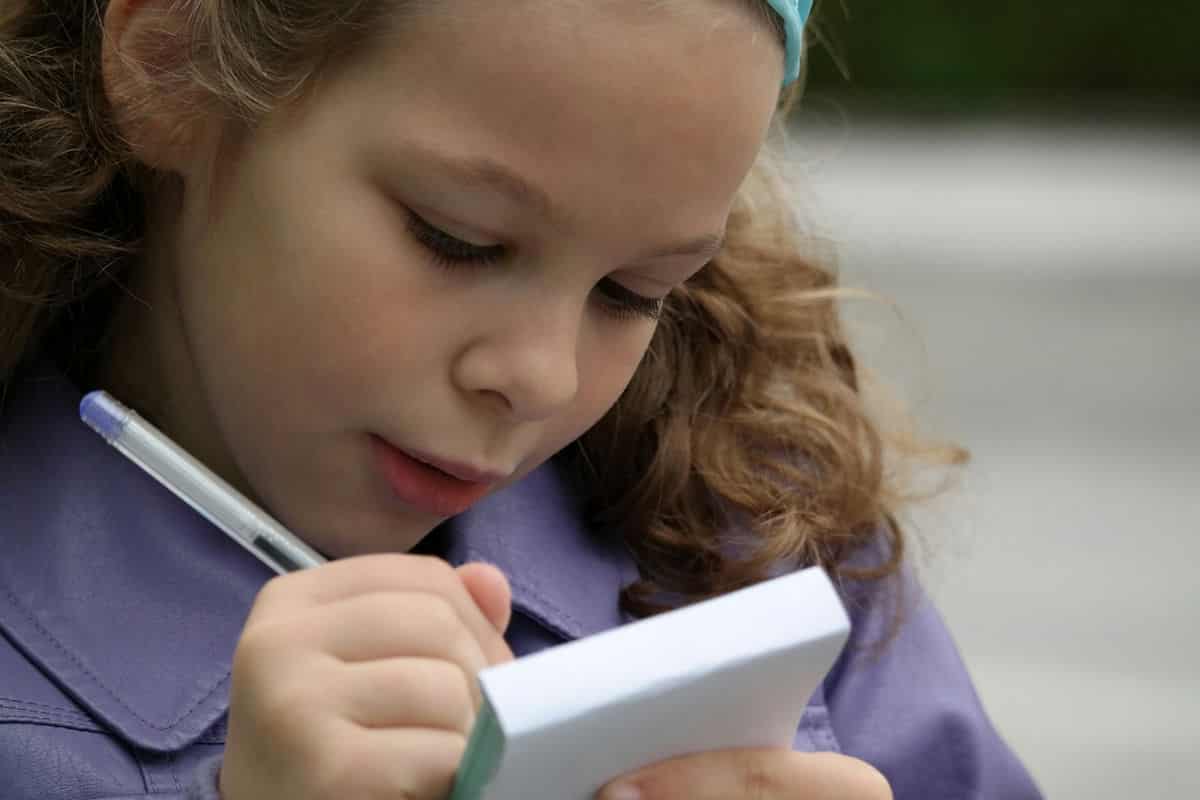 A writer is creative, is imaginative.

I have a three-year-old brother, and he loves telling stories. Ever since he first learned to talk, he’s been telling stories—stories of baby lions, tigers, cows, and kittens. And, occasionally, what he’s done with his imaginary animals. He’s already a writer, even though he’s just three.

Three-year-olds are often both very creative and very imaginative–perhaps, sometimes, even better at it than we adults are! There is no reason in the world why a three-year-old can’t think creatively. Yes, he may at times struggle with coming up with the right words to use. But, all the same, he’s a writer.